Humminbird’s different lines of fish finders offer some of the most innovative pieces on the market. They’re a company who’s not afraid to take the risks associated with adding newer technology to their units, and the result is that their higher end finders are always on the bleeding edge of the technology.

All of this comes with a price, of course, Humminbird finders can be among the priciest on the market, but they’re used by professional anglers all over the world for a reason. They offer some of the highest quality, most high-tech fish finders available and very few will ever be disappointed with the addition of a Humminbird unit to their vessel.

If you’re considering a Humminbird fish finder as an addition to your bag of tricks, we’ve reviewed 5 of the best models available below and one of these is sure to suit the needs of almost any angler. 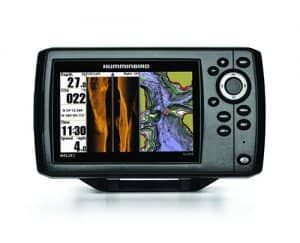 This model of the applauded Helix 5 comes with both side imaging capabilities and a GPS, making for a great unit right out of the box. It also boasts a backlit, full color display that’s five inches wide and comes in with a respectable resolution of 800 x 480 so it’ll be easy to read and immediately usable once you’ve mounted the transducer. This particular model will make a great addition to nearly any vessel looking for action in waters of 1500 feet or less. 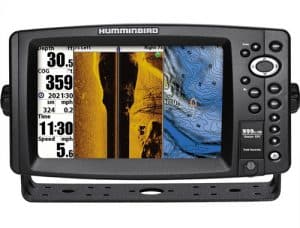 Some of us are willing to invest more than others in our boat’s electronics, and for those willing to take big jump up, the 999ci is perfect. It features a tremendous amount of power, a GPS, and an eight-inch screen with a resolution of 800 x 480. It’s also ready to integrate with i-Pilot and 360 degree imaging add-ons, making for an even smoother experience on the ocean. The effective depth of this finder is rated to be around 3000 feet with some additions, making this a fantastic add-on for your marine vessel.

The Helix 7 is essentially a scaled up version of the Helix 5, making it easier to read. The screen has the same resolution despite being bigger so it’s not going to reveal anything the Helix 5 won’t, but if your vision isn’t the best sizing up might be just what you need. This model also comes with side imaging and waypoints, and makes another great budget option for the lake or close to shore fisherman’s equipment. 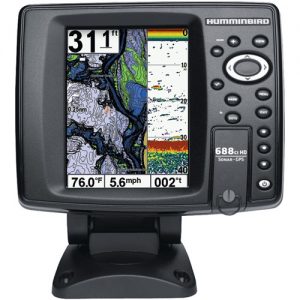 The 688ci series is a great, budget offering from Humminbird. It offers the expected GPS functions and down imaging, and if your money is tight but you’re dead-set on a Humminbird finder for your boat it makes a fantastic option. It doesn’t reach quite as deep as most of the units here, coming in at an estimated depth of about 600 feet, but it’s a worthy addition if you prefer to keep your boat on the lake. 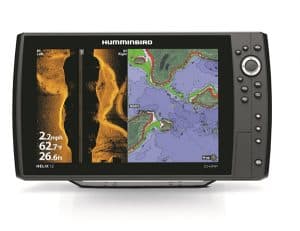 The Helix 12 takes the Helix series to a whole new level. They’re already some of the best on the market, but the increased power and amazing twelve inch screen of the Helix 12 makes it a massive upgrade over its smaller brethren. The resolution of the display comes in at 1280 x 800, meaning a crisp, sharp picture that won’t leave anything out. It also boasts the ability to read down to 3500 feet for those who really want to push their angling limits. Professional anglers might have just found a match made in heaven with this amazing finder.

Most of Humminbird’s astonishing line of products are meant for use from a boat, but they also offer a few portable units which have the same high-quality that you’ll come to expect from the brand. Humminbird also has an exclusive deal for a program called i-Pilot, which allows for a link with Minn Kota’s trolling motors in order to put your boat directly on course to where you want to go.

You’ll notice that many of Humminbird’s screens are fairly large, and they generally come have a pretty high resolution. For the amateur fisherman the screen size and resolution of a unit is generally one of the most highly recommended qualities as it’ll make for less guesswork for someone unfamiliar with sonar readings.

Many of Humminbird’s models also feature a number of different viewing types of the sonar, and some will even have the ability to make a split screen so you’ll be able to see both the side image and a detailed view of the bottom of the body of water beneath you at the same time.

The main lacking thing about the brand is that unlike Lowrance their units aren’t highly modular, so you’ll want to make sure that you purchase one with the features you desire right from the outset. There’s a vast array of different models within most of the series that Humminbird manufactures though, and you’re sure to be able to find the perfect one to meet your needs.

Humminbird fish finders, in addition to their high quality, generally make for the best “single purchase” available, since they’re extremely user friendly and functional right out of the box. Most of the deeper menus that might trip up an inexperienced user are hidden fairly well so that only an experienced user might accidentally mess with the settings, and the big color screens and simple user interface make for an amazing experience right out of the box.