For years I’ve heard from those loyal to baitcasters that they are superior to spinning reels. You just have to get used to the baitcaster, they would say, and then you’ll see the difference. I have primarily been a spinning reel guy, and the thought of trying out a baitcaster never seemed worth it. If I could become a better angler though, it would most definitely be worth the challenge. So, I decided to investigate all the differences between baitcasters and spinning reels to find out if it would be worth the time and effort to learn a way to fish.

So, who ultimately wins the battle of baitcasters vs. spinning reels? The answer is that it depends on the size of fish you’re after, the type of line you’re using, and simply personal preference. In general, baitcasters are better for heavier lures and bigger fish, while spinning reels can handle any type of tackle, but excel with lighter lures. What I’ve learned is that if you’ve spent most of your life fishing with a spinning reel like I have, a baitcaster is going to be an entirely new beast to tackle. You will need to practice much longer with a baitcaster, but in the end, that practice will be well worth it and will make you a more versatile angler.

First off, the entire operation the two types of reels are different, and you’ll likely want to use a different rod depending on which type of reel you use. Baitcasting reels have been much around longer, but these days the most popular rod you’ll see most anglers using is a spinning reel. While both reels can get the job done in most situations, there are specific scenarios in which you may prefer to use one over the other.

Spinning reels are as user-friendly as it gets, and this factor alone has led to their position as the most popular reels among anglers. You flip open the bail to release the line, pinch the line down with your finger, and let go as you cast forward. A spinning reel is by no means only for beginnings, though, as professional anglers primarily use spinning reels and will win tournaments with them. However, these professional anglers also likely have many different baitcasters rigged up as well.

The choice between a baitcaster and a spinning reel can often come down to personal preference, but there are situations in which one works better than the other. While you would ideally have both a spinning rod and a baitcaster, a spinning rod is going to be the way to go if you just want one rod that can do everything.

I like to compare the difference between a baitcaster and a spinning reel to the difference between a manual transmission and an automatic transmission in a car. Automatic is for everyone; it’s simple to use and can be used for any application. Manual, however, takes some practice and is more of an art form that is being perfected over time. Is manual better than automatic?

The answer to that question likely comes down to whether you have had the time and experience with a manual transmission. Some people may prefer having a bit more control over their car, or in this case, their rod while others may prefer ease and comfort.

This analogy is an easy way to get started on the differences between a baitcaster and a spinning reel, but the analogy can only go so far.

One way professional anglers look at the two reels is that going to a spinning reel is downsizing, and going to a baitcaster is upsizing. This is because a baitcaster can handle bigger lures and heavier baits while spinning rods have a distinct advantage when it comes to throwing lighter lures into the wind.

Before the era of braided line, baitcasters held a distinct advantage over spinning reels with the ability to handle big-game fishing. This is due to a baitcaster’s much larger spool which can control a larger diameter of the fishing line. As braided line came into the market though, offering a much higher strength to diameter ratio, all of a sudden spinning reels were able to move up in weight class.

The wind is another huge factor when picking between these two reels. For saltwater fishers on a coast, such as Florida, the vast majority of anglers are using spinning reels due to their ability to cut through the wind without causing a tangle.

How to Avoid Backlashes

The possibility of a tangle or backlash is much higher on a baitcaster than on a spinning reel. The is the one real drawback of baitcasters, but once you’ve had enough practice with this type of reel, chances are you’ll be able to avoid backlashes happening with any regularity.

When you’re just starting out with a baitcaster, you’ll want to use monofilament line rather than braided line, or fluorocarbon. Fluorocarbon is stiffer and less forgiving than mono, which can cause some severe headaches when dealing with a resulting rat’s nest. Braided line can work but it can also have its issues with a baitcaster and when it does, the mess can be so bad you have to cut large amounts of line out to correct the situation.

On the side of your baitcasting reel there will be a knob, and it should be on the same side as the handle. Start by adjusting the knob to its tightest pressure. To test it, hold your rod out with about 10″ of the line coming out the top of your rod with the lure dangling. Release the line with your thumb and observe how your lure reacts. If the tension is turned all the way up, the lure should go nowhere.

At this point, adjust the dial down to relieve some of the tension, to the position that your lure begins to fall at a rate of about two inches per second. This will be a proper starting tension for a beginner with a baitcaster. Remember to adjust the pressure when you change lures. If you are going from a half-ounce to a one-ounce lure, you’ll want to tighten the tension, just as you would want to lessen the pressure when going from a half-ounce to a quarter-ounce lure.

Eventually, as you gain more experience with a baitcasting reel, you can adjust this dial down further to lower the tension. Experts with a baitcaster will have this dial turned down completely, allowing the line to flow fast and free and will apply pressure manually with their thumb.

When you can start to have more control over your cast is when baitcasting begins to get more fun. The ability to control the length and speed of your cast by applying and releasing pressure on the spool with your thumb is a joy once you get used to it.

Spinning reels should be used with lightweight lures, plastics, and top waters

There are times when even the most seasoned baitcasters will switch to a spinning reel, and that’s generally when it’s either extremely windy or when using lightweight tackle.

The Bottom Line on Baitcasters and Spinning Reels

The comparison between spinning reels and baitcasters looked vastly different 30 years ago than it does today. While baitcasters originated from large trolling reels, manufacturers have continued to make them smaller and smaller, all the while increasing the size of spinning reels. This has led to a lot of crossover in applications, which is why the debate over which reel is best has genuinely come down to personal preference.

At the end of the day, most anglers end up using whatever reel they are most comfortable using. I hate to copt out like that, but it’s true. There is no right or wrong when it comes to your reel as long as you feel good and the lure flies true. If you love the feel of a spinning rod and have no issues with the fishing styles you like to partake in, then don’t let someone on the internet tell you that you really should be using a baitcaster for this or that.

By the same token, if you have a trusty baitcaster that you are always in the groove with, don’t succumb to the pressure of the modern angler that wants to use a spinning rod for everything.

Both reels will catch fish, and whichever one you chose to fish with all comes down to what feels better in your hands. If you’ve primarily been a spinning reel guy and want a new challenge, maybe your next reel purchase is a baitcaster. The best anglers are going to customize their gear for specific scenarios, so learning a new technique is always a good thing.

The most user-friendly reel is the spinning reel, but the more you practice with a baitcaster, the more comfortable you’ll be with its operation. Ultimately, learning to master as many types of tackle as possible is going to make you better at catching fish.

Ideally, you’ll have a baitcaster for heavier lures, and a spinning rod for lighter lures. When you want to throw braided line, a spinning rod is likely going to be your best choice. Spinning rods are also a better application of fluorocarbon line. Baitcasters excel with monofilament, and especially if you’re a beginner, mono is what you should be using. More experienced baitcasters can have plenty of success with braided line as well, but it’s not always as smooth as it would be with a spinning reel.

Both reel types have their pros and cons, but starting out, you’re best off going with a spinning reel that you can use in any manner you’d like. As you become a more seasoned angler and are looking for a new challenge, newly upgraded baitcasters will be there waiting for you. 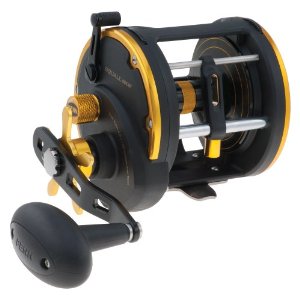 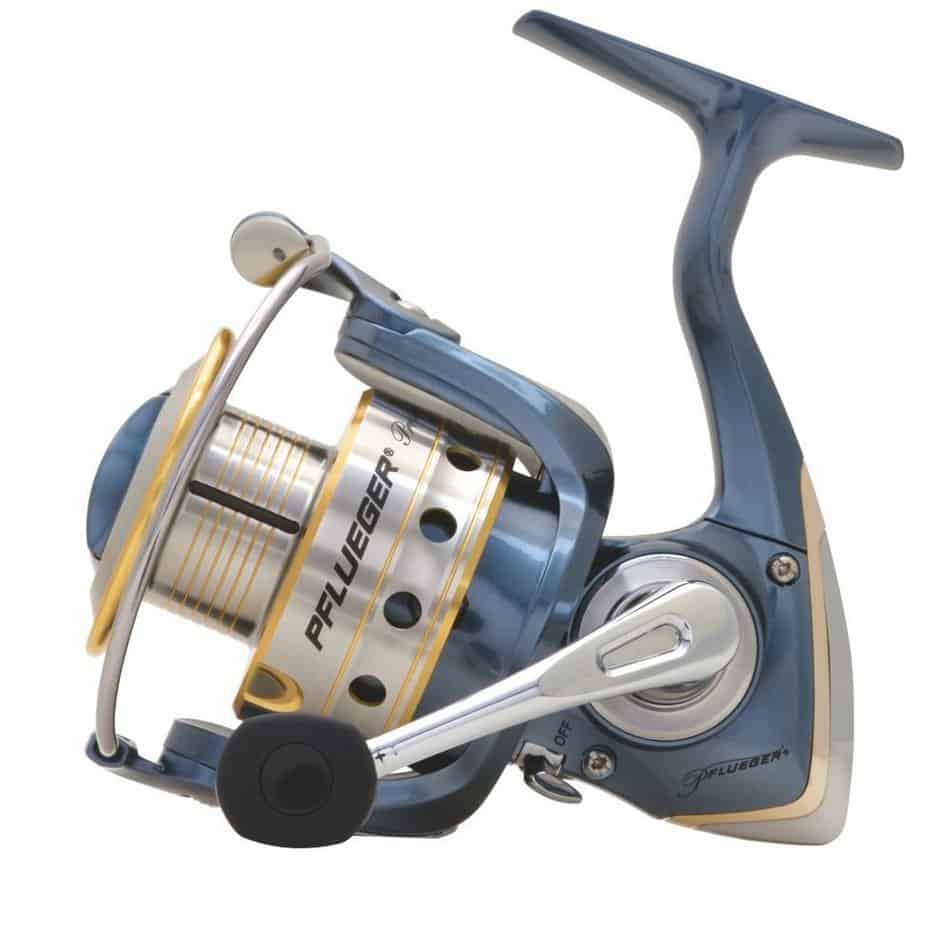 2 thoughts on “When to use a baitcaster vs spinning reel”